With only one night in Salta, having seen most of the city, I mainly concentrated on recuperation and finally eating something! However, I soon got very bored indeed, went out for a wander in town and was pleased to find that the modern art gallery on the plaza was actually open again…

The above costumes formed part of a film that was showing whilst I was there. I didn’t understand it, definitely not cut out for high art!

I also found a huge market that I’d completely missed, just off the main shopping street, with every object known to man available and a large ‘food court’ which I didn’t think my newly revived stomach would have appreciated. I thankfully got hold of the charger cable I desperately needed, and also had a wander of some of the more local herbal medicine stalls. As a point of interest, you see these signs everywhere in shops up in the North:

Coca leaves are completely legal and, sometimes combined with bicarbonate of soda, act as a mild stimulant, as well as to ward off the effects of altitude sickness. I’ve used the tea many times to good effect when up high, but can’t get my head around the ‘wad in the mouth’ method.

Once I’d made it to Tucuman I decided to keep on going. Having visited the city on my last trip I thought I had probably exhausted the majority of its entertainment options. Tucuman is described by Lonely Planet as having a ‘blue collar’ feel, and I think that as Argentine cities go it’s actually a great one. Loads of energy and life, and here for the locals and workers, not just a tourist themed ghetto.

Still on my new attitude towards expenditure, I had not booked the expensive direct bus from Salta, therefore I had 4 hours to kill, mas o menos, at the bus station. Not a great hardship as it backs onto a large shopping centre with associated food court, and some bad karaoke-style singers on stage. Ideal.

Back on the bus again for the six hour journey to Córdoba. A short hop in the world of Argentine buses. Annoyingly I’d managed to sit in seat 26, not 36 as I should have been, so was woken from some lovely sleep by disgruntled passengers boarding mid-way through the journey. We rolled into Córdoba roughly on time, 6.30am.

Córdoba is Argentina’s second city, and probably its most significant University town. I met loads of young people from here travelling, and they all turned out to be great, so I thought it worth a visit. Along with the Universities and general modern vibe, there are some fantastic colonial buildings well worth a wander around. 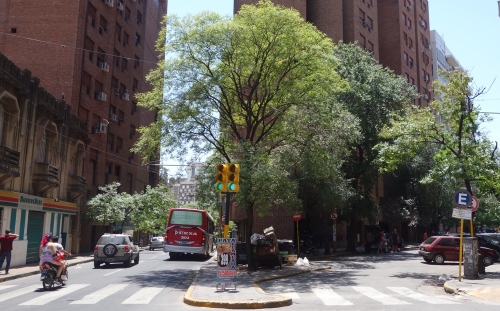 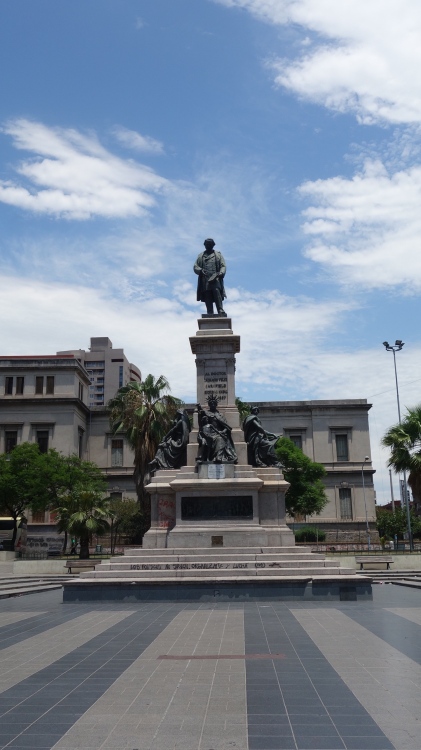 On my first day, I hit some of the city’s parks for a look. Whilst it’s a shame that, in places, they have seen better days, there were some really encouraging developments like a new sensory garden and some new public spaces springing up all over the place. I didn’t get a go on the pedalos though.

Suitably hiked out, I returned to the hostel for some Netflix and chill (Alone!). I stayed at 351 Hostel on Calle Buenos Aires, a great  place with loads of entertainment, good company and a great vibe (Oh, what have I become), but sadly not nearly enough bathrooms. Sort it out, hostel owners! That night I met an entertaining group of young Israelis fresh from their national service and definitely smashing the preconception that most of them are muppets, and also an English guy, coming from a stint on the Falklands/Malvinas as a mental health nurse. It’s fantastic the range of people you get to meet on the road.

I soon hit a bit of a stumbling block in my Cordoban wanderings, as the hostel didn’t have space for another night. I didn’t really fancy moving, and instead consulted my road map to see what else was near. The first place which sprang out at me was Santa Fe, en route back and an Australian guy I’d met the previous night spoke highly of it. Ideal. I decided to take the free walking tour the next morning and consider my options.

Córdoba is beautiful, no two ways about it: 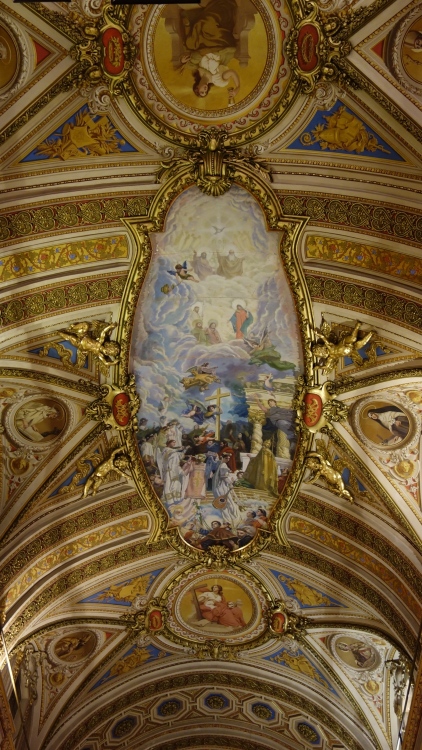 Free walking tours are great. Everyone (apart from the arseholes who left midway through without doing so) gives the guide a good tip, and in turn they are really knowledgable and passionate about the history of the city. We went well over the 2 hour estimate seeing all sorts of hidden corners of the city, including the intentionally unfinished church…

Córdoba remains a really forward-looking city, and the centre has a good atmosphere. I shared a few beers with Falklands Vince overlooking this plaza (and avoiding the torrential thunderstorm, very welcome after a day of humid 35+degree heat). 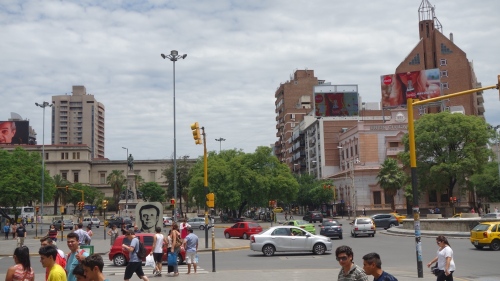 And so, in a roundabout way, we get on to the subject of happy mistakes.

I was pissed off about the lack of accommodation available in Cordoba, but having just found Santa Fe on the map I was amazed to hear a woman on our tour speaking to the guide about how she lived there. So, during the tour I chatted to her, Susana did an excellent job as new representative of the Santa Fe tourist board, in particular highlighting the excellent craft beer scene. She also mentioned that she was on Couchsurfing and could host me if I needed a bed!

So it came to pass, the following afternoon I hopped on a bus, and found myself in Santa Fe. Ridiculously photogenic in parts: 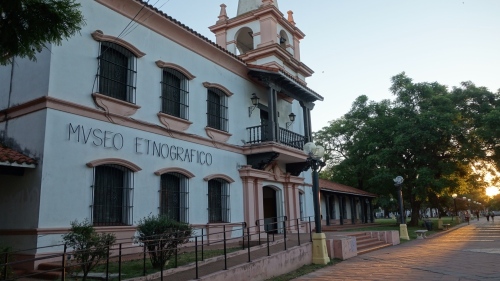 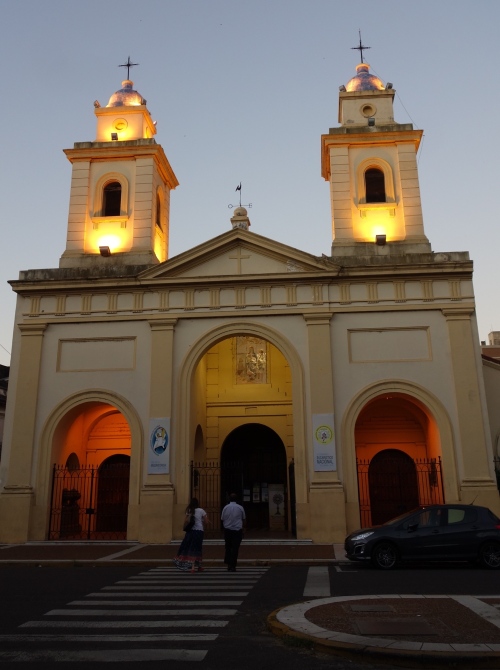 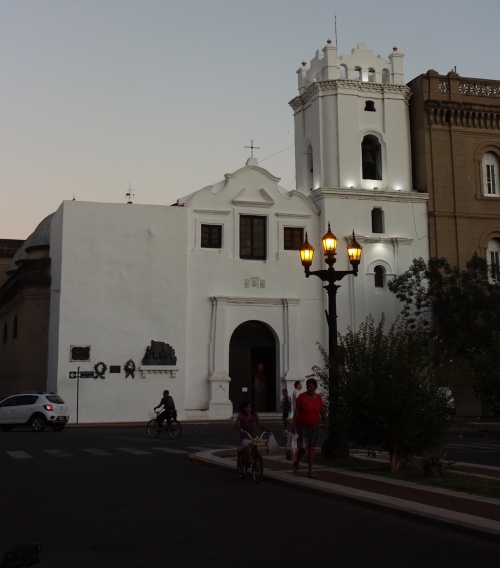 And, in general, just a pleasant place to hang out. Bars lining the main plaza serving the locally-brewed Santa Fe lager and other delights. Joggers completing the 6 mile circuit of the local lake, just a nice place to be, small city Argentina at its best. Susana proved to be an amazing host, with a huge flat overlooking the river. And so, a pleasant few days passed, checking out the sights in the town and outside. From the modern buildings in the centre, to the riverside shopping centre and giant casino.

The main attraction of Santa Fe is the river, and the coastline (Costanera) with pleasant walks, cycle rides and bars with their own beaches! Sadly the river was in full spate following recent flooding so the beaches had disappeared, but nonetheless a really pleasant bike ride was had, along with liquid refreshment at suitable intervals.

We ended up at the Belgrano station, a fantastic building which is now used for concerts and which also forms the home of an on-site craft beer brewery bar. I couldn’t help but feel a tinge of sadness seeing this monumental building and pondering the loss of Argentina’s railways. A plunder of monumental proportions, it’s staggering to think what could have been. A massive network of commerce and transport, now reduced to a few short tourist lines. In many places the tracks remain in their entirety, this being one of them. Governments pledge to restore the railways, but it seems like a pipe dream. A tragedy!

Moving on though, and onto a more trivial theme, the beers at Belgrano station are excellent. They even serve it in pint glasses! Well recommended. Irish stout, red ale, all sorts of very non-Argentine malarkey. And a happy hour from 7-9. Pop a fork in me…

We finished the evening at the Santa Fe brewery tap, whereby a beer pipe actually runs over the road to supply the German-style bar. Absolutely packed, and rightly so, with lovely fresh Santa Fe beer going for 25p a glass. You can’t argue with that. Santa Fe, you have exceeded my expectations…

Salud! Next stop, Buenos Aires (Again!) then down to the End of the World…