The day again arrived to leave a fairly comfortable rut. Stockholm was indeed nice however at the rate of expenditure I was going to have drained my savings by the middle of next week and would have had to return to the UK in shame.

So, it was goodbye to Stockholm, and hello to the Baltic Sea… 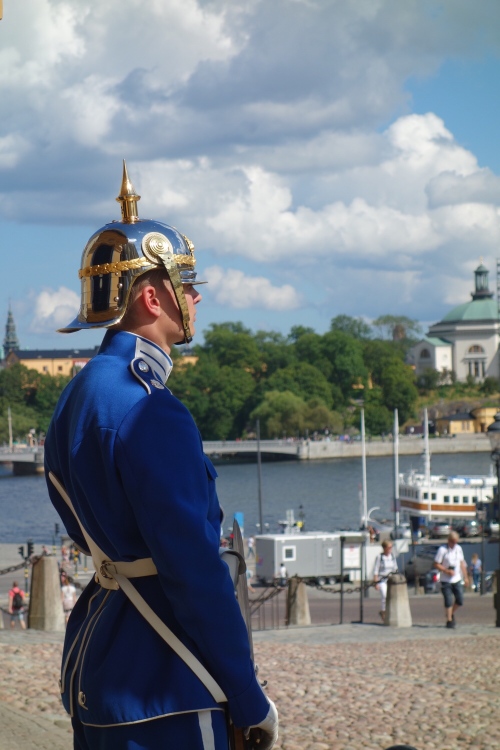 En route to the ferry terminal I was again reminded of how random strangers often just step in to help you out when you’re on the move- I’d got on the bus and didn’t have one of their passes, and didn’t really have time to hop off and find one. The passenger behind me immediately invoked some arcane Swedish transport rule and nominated me as the assistant for her elderly husband, hence giving me a free ride. Useful. Of course, I could have taken a taxi, but I’m really keen to get out of the habit of buying my way out of problems- Taking the ‘normal’ route is more satisfying in the long run. Although, it sometimes leads to long walks and a slight flap when the bus stop isn’t where you think it is.

And so, I met Princess Anastasia. 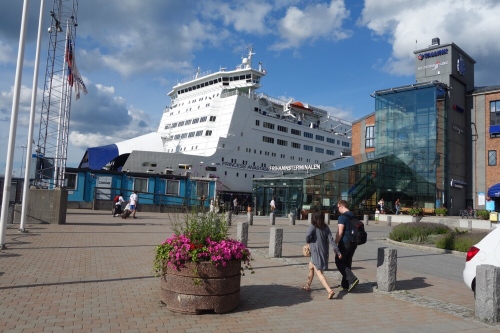 I came to regard her as so much more than a ferry, rather a floating entertainment megapolis, with such delights as the Funny Rabbit bar, Russian karaoke in the Sports Bar and actually a pretty decent selection of other restaurants, casino, duty free etc.

Having booked super-early I got a 2 berth inside for 155 Euros, although I noticed that a similar price was bookable on http://www.stpeterline.com pretty much right up to departure, so I suppose it depends on availability. The cabin itself was pretty comfortable, despite the sham curtains: 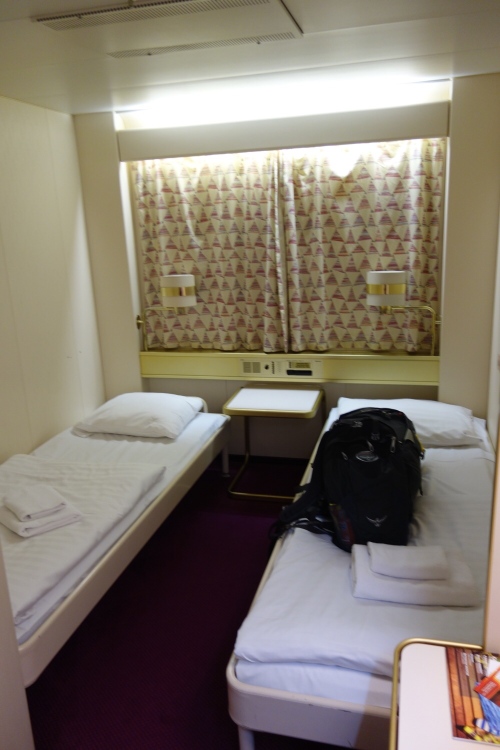 So, I settled in for the first night’s cruise to Tallinn. The first few hours are beautiful, passing through the Fjords out of Stockholm. Lots of passengers came out on deck to see this, and it was a magnificent evening. 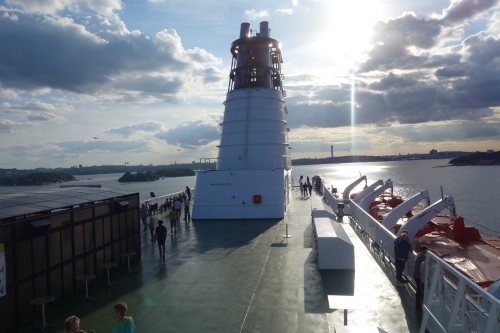 Evening turned to night, and after dinner at the Funny Rabbit bar downstairs (Sitting at an interior table since the Germans had already thrown their towels over the nice windowside seats) it was on to the evening’s entertainment in the main Columbus bar. Some parts crap, some parts genuinely entertaining. I did have to chuckle when the saxophonist left the stage and then reappeared a bit later as the magician, with some distinctly ropey magic tricks and a top-quality sparkly jacket.

I enjoyed a few random beers whilst enjoying this feast of Baltic entertainment before retiring to bed for a surprisingly good night’s sleep.

The next morning we docked in Tallinn, Estonia for the first squeaky bum customs/officialdom moment of the holiday as the border guard looked quizzically at my passport, scanned it several times for a visa that wasn’t there and then consulted another piece of paper before finally waving me past. Estonia is in the EU, so I’m not sure where the problem lay. 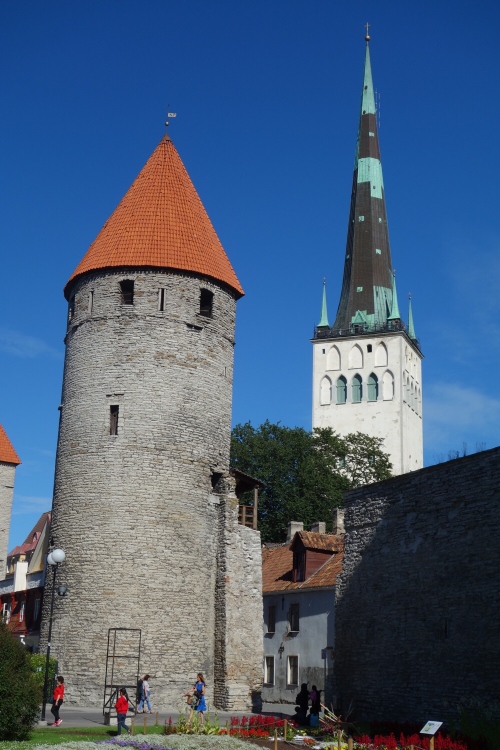 I really liked Tallinn. Aside from the historical part there is also a vibrant new city, with a large amount of new construction. Going by some of the food menus, there is a strong individual Latvian identity, with innovative dishes and loads of local produce. And also very cheap beer. I was surprised to see a rack of Moor Brewery bottles at the craft beer shop, especially having been drinking at their brewery tap after my last day of work! It would make a brilliant location for a weekend ‘do nothing’ break. Well, nothing apart from constant grazing and quaffing.

After purchasing a couple of stupidly cheap craft beer bottles I headed back for the ship in the evening. Funny Rabbit again for dinner and then a relatively early night. I was feeling distinctly apprehensive about landing in St. Petersburg the next morning. As a solo British traveller I was very much in the minority and my impressions of Russian officialdom are somewhat… stern.

Next stop, St. Petersburg. However before I leave, I must share an absolute beaut whom I saw in Stockholm and managed to photograph in the nick of time before he disappeared (And without angering him which seemed like a bad idea.)

Ladies and gentlemen, I give you the Stockholm Cowboy. And yes, it says “Thor Nips” on his back. 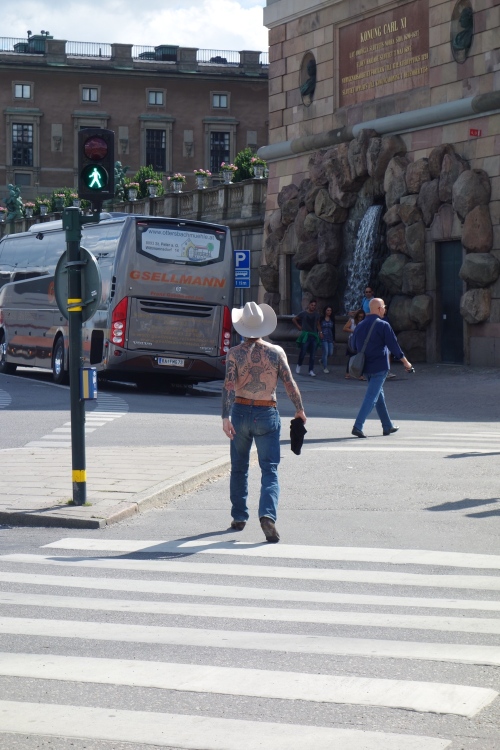